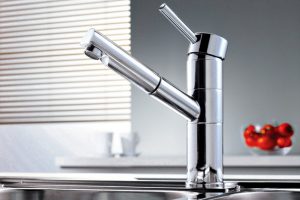 Sleek, stylish and simple to use, it’s easy to see why mixer taps have become the tapware of choice for many Australian homes.

Mixers are becoming increasingly popular and are available in a wide range of brands and styles. At Potter’s, we are committed to quality so we have a large collection of premium kitchen mixer taps, pull-out sink mixers, bathroom mixer taps and shower mixer taps on display and ready for purchase. Modern and contemporary in design, we stock only top quality and trusted brands of mixer taps that are widely known for their design, durability and affordability.

When choosing tapware, there’s a few important things to consider. First, will they be mounted directly to the basin, sink or bath, in the wall, or counter top? Their mounting position will have a huge impact in terms of size and style. It’s important to choose tapware based on the ease of use, but you also want them to complement the style of your room so think about the colour scheme and design of the room – do you need small, sleek fittings with clean lines? Or would more traditional shapes look better? Sinks, basins and baths that have curved designs tend to look better with mixers that have rounded spouts and handles, while square sinks and baths would suit mixer taps with square edges and angular designs.  We also suggest matching your tapware with the shape of your shower head.  For example, if your shower head is round you would be best to go with round tapware and round backing plates on your towel rails and toilet roll holders.  The same scenario would apply if your shower head was square.

Our range of mixer taps includes:

The Benefits of Mixer Taps

Mixer taps have risen in popularity and it’s easy to see why. They come with temperature and flow adjustable cartridges and allow maximum water flow and temperature to be set for single lever mixers. You can also regulate water usage and reduce wastage. Simple to use and available in almost any colour, shape or style, there’s no better choice for tapware than mixer taps.

To view our impressive range of tapware and mixer taps, visit our East Keilor or Camberwell showrooms today. Alternatively, you can contact our team on 1300 POTTER. Whether you are undertaking a complete renovation or a small update, our expert staff can help you choose the perfect tapware for your new kitchen or bathroom, so pop in today.

Karen, Just a note of thanks for your assistance yesterday (Thursday). I don’t think there was any way you were going to let me go without doing whatever you could to help out. I don’t see that a lot these days in the customer service space. Maurice came around and fixed things for me without a fuss.

Well you did it! “You will be impressed” is a challenging motto to live up to and I readily admit that we have been. Your planning for our bathrooms and toilets was responsive to our needs and the organization and workmanship in delivering them was most impressive in every respect. The effect has been transformational. What was decrepit and depressing now shines and uplifts.

Hi Brett, just a quick note to let you know I was very impressed with the service I received from Potters, all were very professional, arrived on time and were genuinely nice people. Karen was particularly helpful on my two visits to your showroom and was very knowledgeable and pointed me in the right direction. Although my job was not a large one, I felt I received the same quality of ‘customer service’ and attention as someone who was having a complete bathroom renovation. I would have no hesitation in recommending your company to others.

When looking to renovate our ensuite we approached four different suppliers. Potters provided great advice from the start, advising on the implications and cost of our preferences rather than just saying it wasn’t possible, and offering design alternatives that would achieve our desired results. In addition their showroom provided fitting options and story boards to help us reach decisions, save time and provide confidence in our choices. Given their openness on design options, willingness to deliver what we were after, ability to organise supply of fittings from whichever supplier we chose and their competitive price we were very comfortable in choosing them ahead of others. Work was started on and to time. Everyone involved was respectful of our property and personal needs. The quality of work was very good and the minor touch ups were performed quickly and without question. In the end we are extremely satisfied with the renovation and would certainly contact Potters for any future renovation. 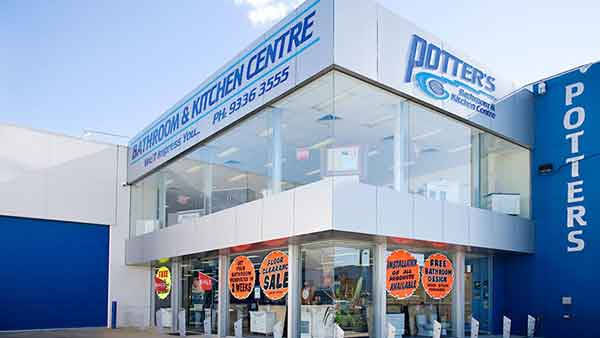 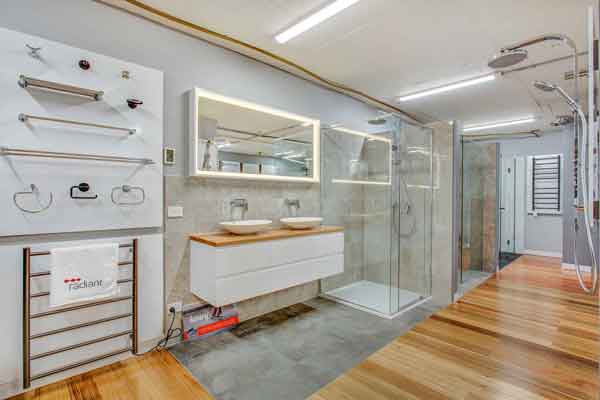